The original date of this event was cancelled due to weather and has been rescheduled to March 21, 2022.  We invite you to join us by registering below. 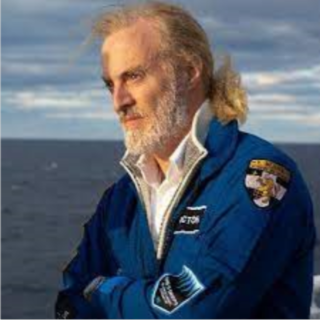 Please join us for our Annual Midwinter Dinner, an evening of friendship, camaraderie, and networking at The Mercury.  Dinner will include an option of beef, fish, chicken, or vegetarian entrée with salad and dessert.  There will be a cash bar for your convenience.

Described in D Magazine in 2020 as one of the most interesting men in Dallas, businessman, explorer, and raconteur Victor Vescovo has summited the seven highest mountains in the world, skied both poles, dived the deepest points of the world’s five oceans including in 2020 piloting the deepest ever submarine dive. In 2017, Victor became the 12th American to complete the “Explorer’s Grand Slam” which requires climbing the highest peak on all seven of the world’s continents including Mt. Everest and skiing at least 100 kilometers to the North and South Poles. A local boy and graduate of St. Marks School of Texas, he is also a Guinness World Records Hall of Famer as the first person to visit both the highest and the deepest points on earth.

Victor is a Managing Partner and Co-Founder of Insight Equity. He leads the firm’s activities in deal origination and portfolio management within the aerospace, defense, electronics, and industrial pollution control industries and is Chairman of Insight Equity’s three companies that operate in those areas. Before co-founding Insight Equity, Victor was a senior manager at Bain & Company where he focused on merger integration and operational improvement cases. In the early nineties, Victor worked in the mergers & acquisitions department of Lehman Brothers where he was responsible for company due diligence and transaction execution, as well as working overseas in the Middle East advising the Saudi government on business investments.

Victor received his MBA from Harvard Business School where he was named a Baker Scholar for graduating in the top 5% of his class. He has also received a Master’s Degree from the Massachusetts Institute of Technology and earned a double major BA in economics and political science from Stanford University. Additionally, Victor served 20 years in the U.S. Navy Reserve as an intelligence officer, retiring in 2013 as a Commander (O-5). His principal duties involved operational airstrike targeting and after 9/11 he was deployed to support counter-terrorism efforts overseas. The Harvard Club is grateful for the introduction by his good friend, our fellow Harvard Club member, Benjamin Loeb, Harvard AB ’89.

- Choose the ticket corresponding to your meal choice,

- Then also select a ticket for your preferred dessert.
*NOTE: There will be a cash bar for alcohol

Please contact velda@sacleadership.com or call 469-431-1436 if you have any questions or special needs.