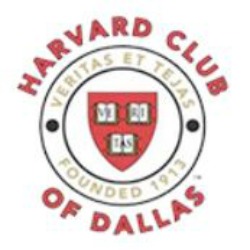 Mike will pose questions such as:

- Where on the curve are we in Dallas?
- What’s happening now?
- What are our next steps?
- What are the difference between the State and County in opening up?
- What has Miguel personally learned from the experience?
- How can members of the Harvard Club help?

There will also be time for Q&A with the audience.

Miguel Solis (HGSE '12) is the Executive Director of the Coalition for a New Dallas, a local urban policy think tank. Since 2009, he has served the residents of Dallas in the areas of education and housing. In 2013, he was elected to the Dallas Independent School District Board of Trustees at the age of 27. During his tenure, he has also served as the Board President and Vice-President making him the youngest person ever to have held these roles.

As Dallas ISD Trustee, Miguel's efforts have included drafting and unanimously passing the district’s first early childhood education policy, enacting a ban on out-of-school suspensions for the district’s youngest children which is now state law, creating a comprehensive racial equity policy and department, and helping to create the district’s revolutionary teacher excellence evaluation, support, and pay system. During his service to the district, Dallas ISD has undergone a monumental transformation that has seen the number of improvement-required schools drop from 60 to three.

Dr. Philip Huang has been the Director and Health Authority for the Dallas County Health and Human Services Department since February 2019. Prior to this he served for 11 years as Medical Director and Health Authority for the Austin Public Health department. He received his undergraduate degree in Civil Engineering from Rice University, his MD from the University of Texas Southwestern Medical School, and his Master's in Public Health from Harvard with a concentration in Health Policy and Management. Dr. Huang completed his residency training in Family Medicine at Brackenridge Hospital in Austin, and served two years as an Epidemic Intelligence Service (EIS) officer with the Centers for Disease Control and Prevention assigned to the Illinois Department of Public Health where he conducted epidemiologic studies in chronic disease and infectious disease outbreak investigations. He is currently an Assistant Professor with the University of Texas at Austin, Dell Medical School, and an Adjunct Assistant Professor with the University of Texas School of Public Health, Austin Campus. He has served as Principal Investigator for numerous CDC and State-funded public health cooperative agreements.

Mike Ablon is a founding partner of Dallas based PegasusAblon, a multidisciplinary developer and investor focused on the integration of emerging markets with evolving demographic trends. His work has included leading the redevelopment of the Dallas Design District and the completion of almost $1 Billion of investments in DFW since 2007.  In addition, he is an active member of the Dallas community, including serving as a founding member and Chair of the Trinity River Corridor Local government Corporation which was formed on behalf of the Dallas City Council to lead the long-awaited and discussed development of the new Trinity River Harold Simmons Park for the citizens of Dallas. Mike received his Bachelor of Engineering and Bachelor of Architecture degrees from the University of Texas at Austin and earned his Master’s degree from Harvard University.

Location:  Link & Dial-in: Will be provided prior to the event.