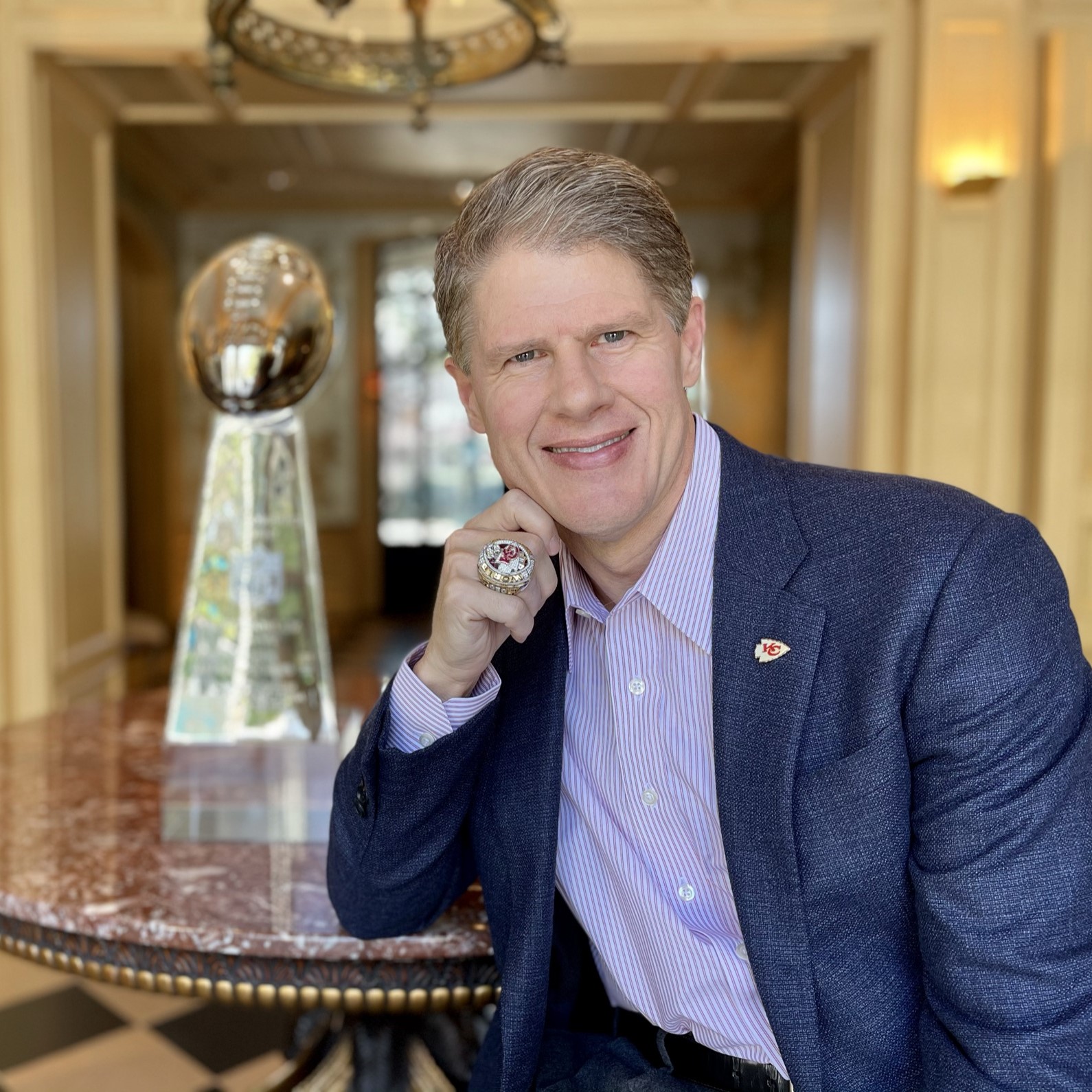 Clark Hunt joins the Harvard Club of Dallas to share his unique experiences in sports and business leadership. As Chairman and CEO of the Kansas City Chiefs and of FC Dallas, Hunt is a key player in the NFL, Major League Soccer, and the Dallas business landscape. Clark will discuss the important lessons he learned from his father Lamar Hunt – founder of the American Football League and Major League Soccer – and he will take part in a wide-ranging discussion about leadership, community, and the future of sports.

Clark Hunt is Chairman and CEO of the Kansas City Chiefs of the National Football League and FC Dallas of Major League Soccer.

Hunt has been the guiding force behind the resurgence of the Chiefs, transforming the franchise into one of the most successful teams in the NFL over the last decade. The Chiefs have won six consecutive AFC West Division Championships, reached the playoffs in eight of the last nine seasons, and hosted the AFC Championship game for a record-setting four consecutive years. The Chiefs also won two straight Lamar Hunt Trophies as champions of the AFC, and in 2020 won the Lombardi Trophy as victors in Super Bowl LIV.

A Dallas native, Hunt graduated first in his class at Southern Methodist University in 1987, where he was a four-year letterman and a captain of the Mustangs nationally ranked soccer team. Hunt has served as a member of the SMU Board of Trustees since 2008, and he was the recipient of SMU’s Distinguished Alumni Award in 2020. Hunt graduated from the St. Mark’s School of Texas in 1983 and served as president of the St. Mark’s Board of Trustees from 2018-2020.

Hunt and his wife Tavia reside in Dallas with their three children: Gracie, Knobel and Ava.

Moderating the discussion will be Chris Ackels.  Ackels is a sports announcer and broadcaster with over a decade of experience calling nearly a dozen sports. He currently serves as Public Address Announcer for football at the University of Notre Dame, and for the past five years he served as in-stadium host for the Chicago White Sox. Ackels’ work spans public address, play-by-play, sideline reporting, and emceeing at the professional and collegiate ranks. A Dallas native, Ackels is an alum of Jesuit College Prep and Saint Louis University, and he earned a master’s degree from DePaul University. He currently lives in Dallas where he serves on the communications team for the Hunt Sports Group.